Alnwick Bedspreads was one of many companies who profited from a resurgence of interest in Colonial era household items in the early 20th Century. The brand, based in Poughkeepsie, New York, specialized in producing top quality tufted and knotted bedspreads made by women in the southern Appalachian mountains. In a 1962 letter Mrs. Annette Fry, who inherited "Alnwick Industries" in the 1960s, recalled:

"During the 1920's my mother [Mrs. Woodbridge Riley of Philidelphia, PA] had hundreds of these women filling orders for her. . . Well, the business dwindled in the 30's and 40's, then, a few years ago, my mother's stock was turned over to me, and I decided I'd revive it. But, after months of letter-writing and seeing samples of work, I found that I could get only about five or six workers to fill my orders. Most of the women who worked for my mother were dead or too old to work."

Alnwick was a "cabin industry"- as Fry termed it- and the bedspreads sold by the company proved popular with elites during the company's heyday. The coverlets, canopies, and bespreads produced by Alnwick found there way into collections at the White House and several historic homes, including Mount Vernon. Much of AC.488: Alnwick Bedspreads Collection, 1893-1978, undated comes from the personal correspondence and records of Mrs. Annette Fry, who, while trying to revive the company, researched the history of Alnwick as well as the origins of knotted and tufted bedspreads in the United States. 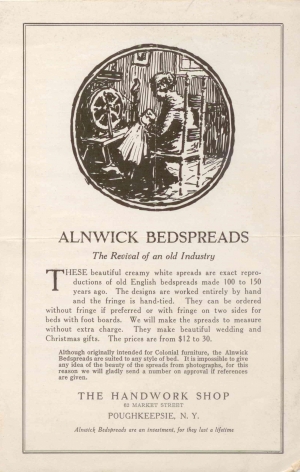 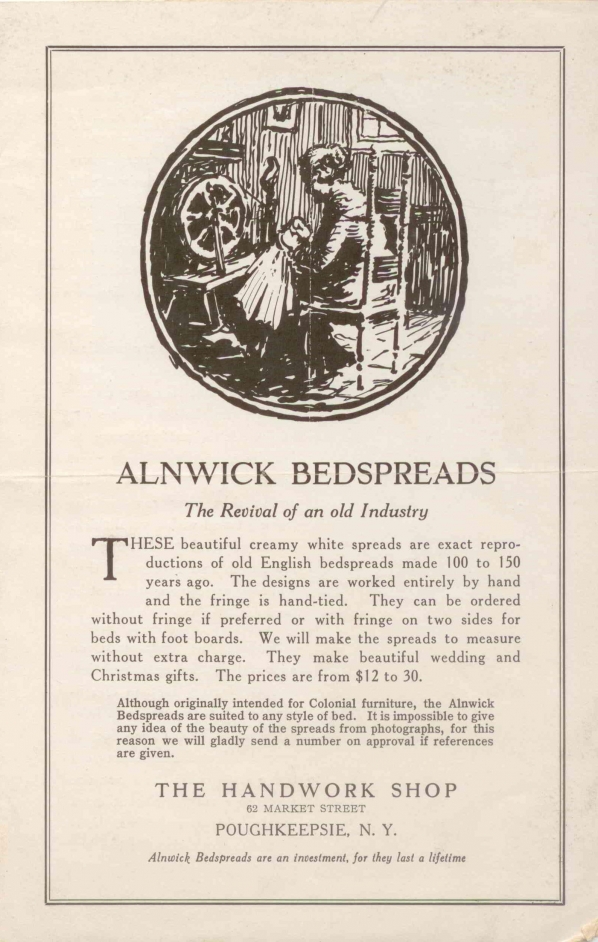