A new exhibit featuring materials from the Camp Yonahlossee Collection is now on display in the rotunda of the fourth floor of Belk Library.  Stop by to revisit your childhood summer camp memories! 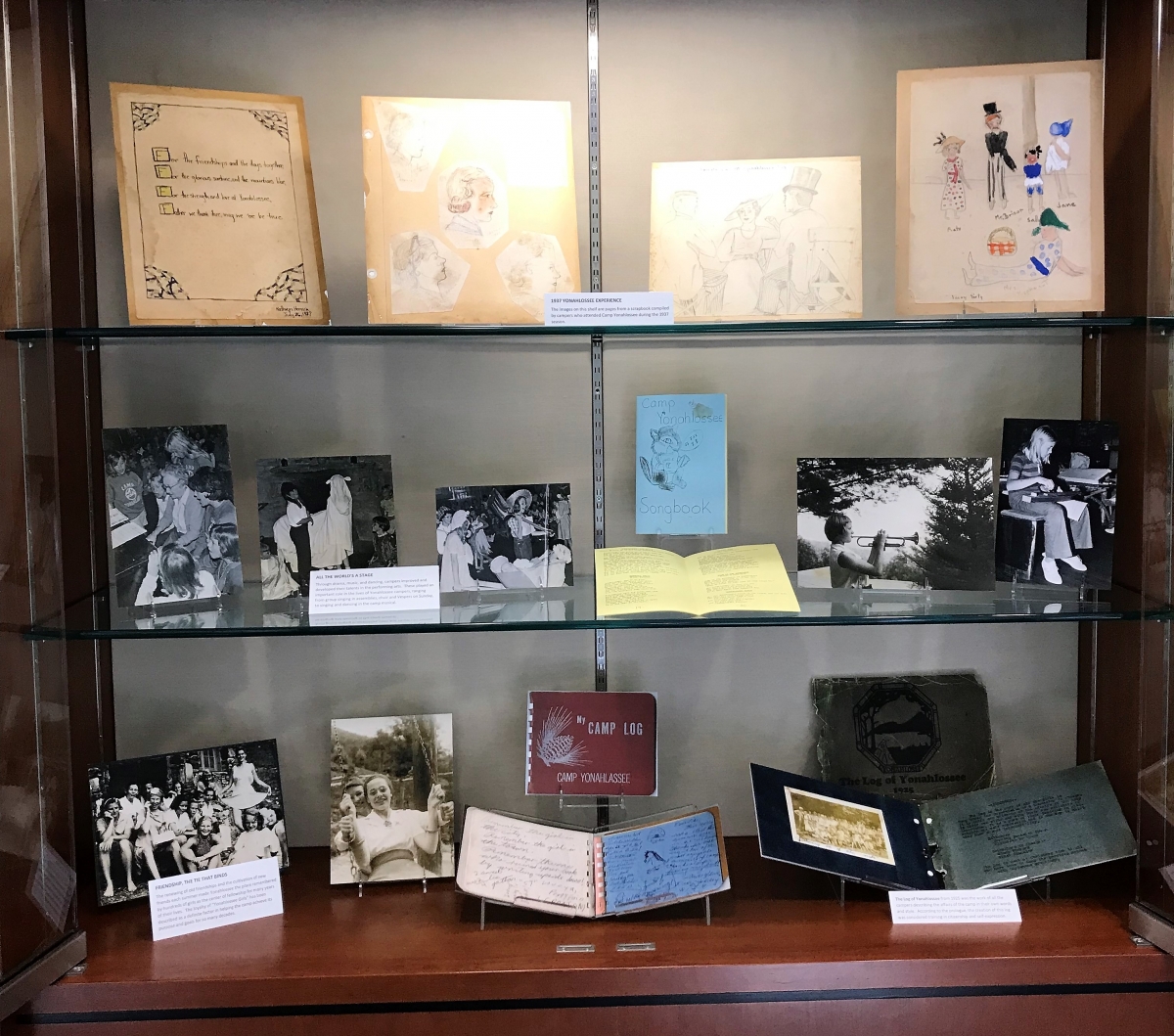 This exhibit case displays the friendships formed at Camp Yonahlossee, pages from the 1937 scrapbook in the collection, and photographs of how music and theatre was an important part of camp. 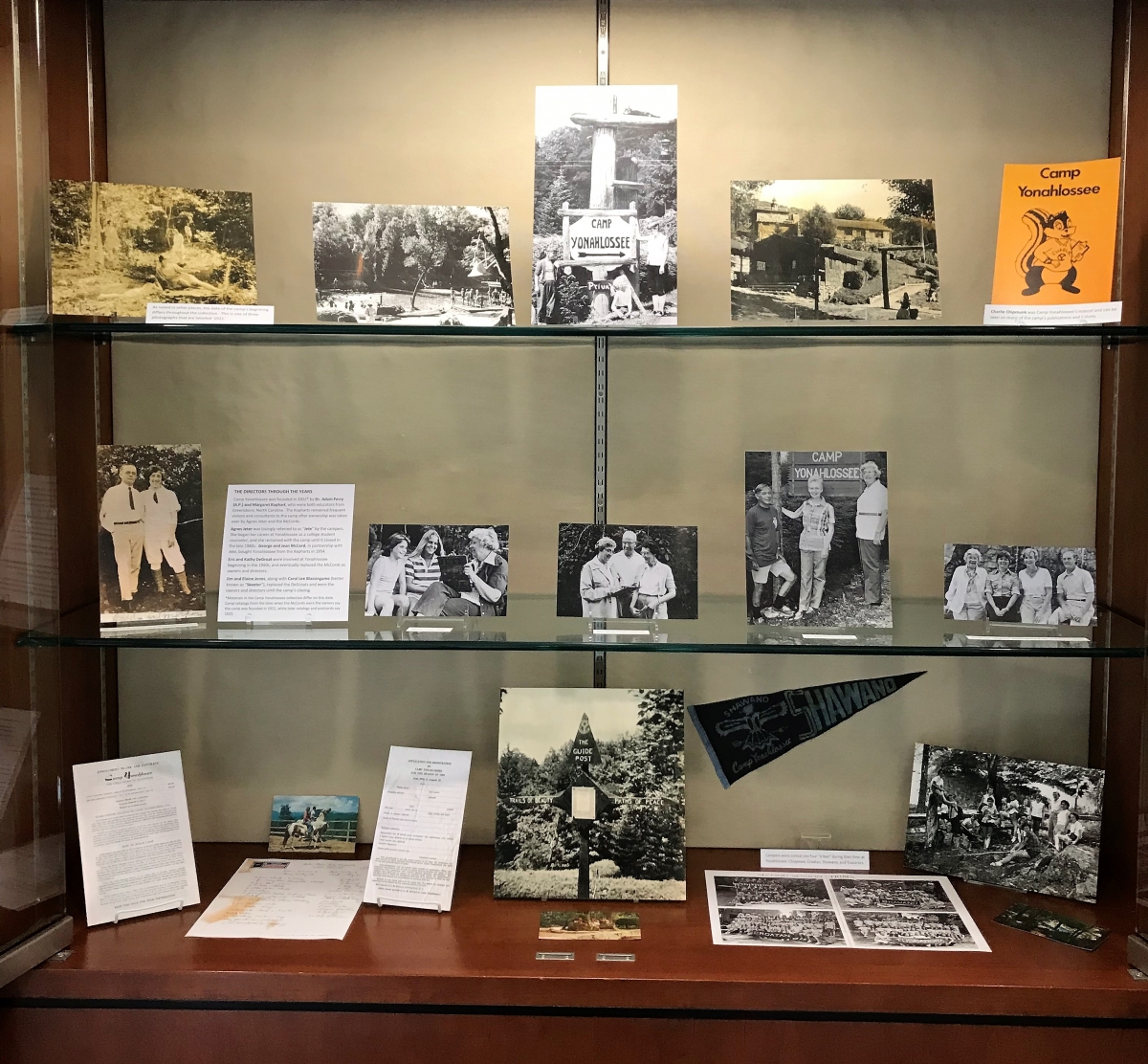 This exhibit case contains enrollment forms and  photographs of the camp’s directors through the years and of the camp itself.

were also taught. Campers often attended year after year and developed strong, life-long friendships. When it closed, the camp became a resort focused on equestrian activities.

The archival collection related to Camp Yonahlossee features materials related to camp life, its administration, and its history. Extensive photographs and scrapbooks also illustrate the Camp 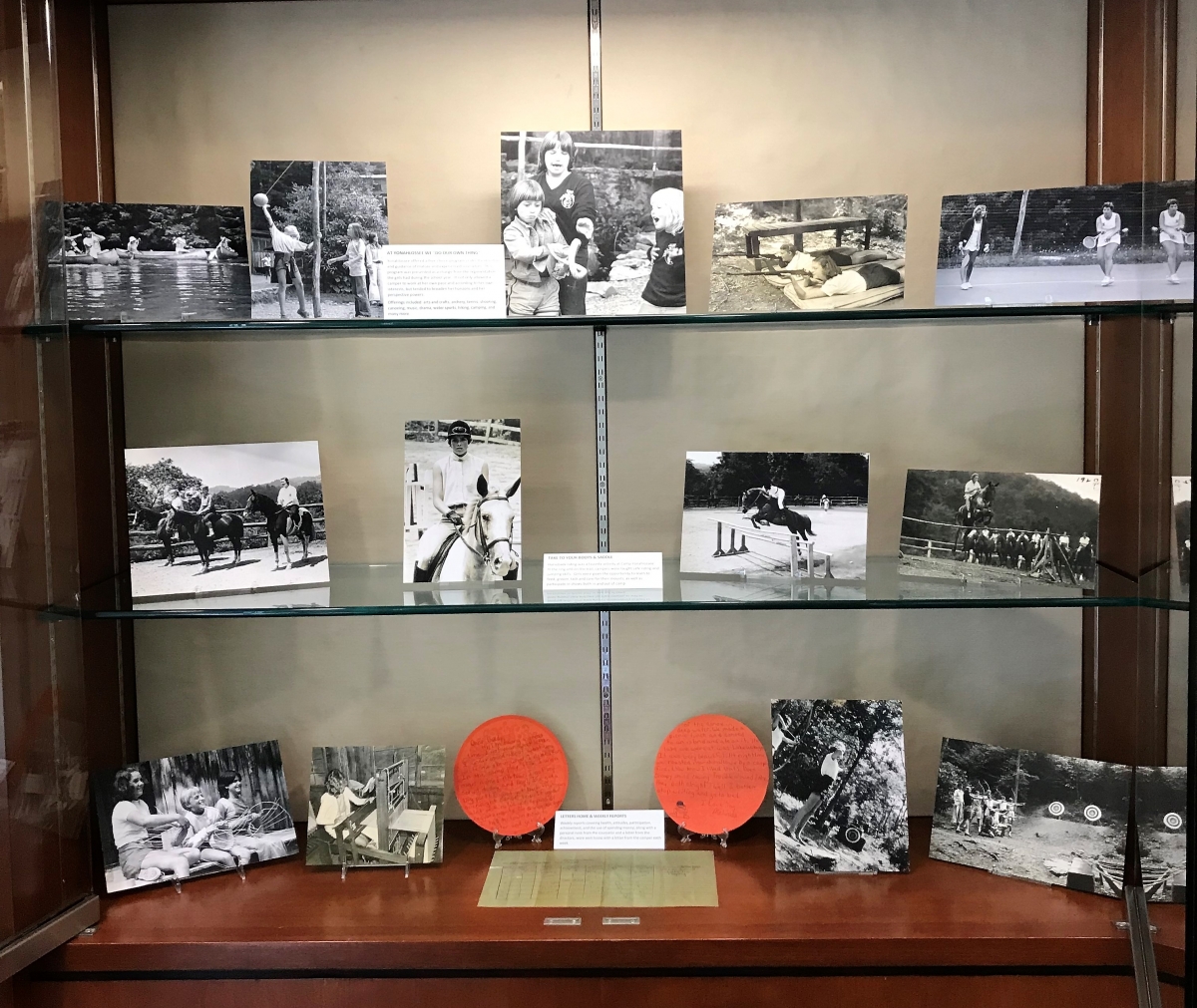 This exhibit case presents photographs of different activities available to campers of Camp Yonahlossee, as well as an example of a weekly letter home from a camper to her father.

*Records in the collection differ on whether the camp began operations in 1922 or 1923. 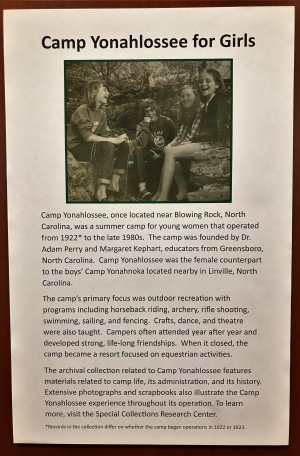 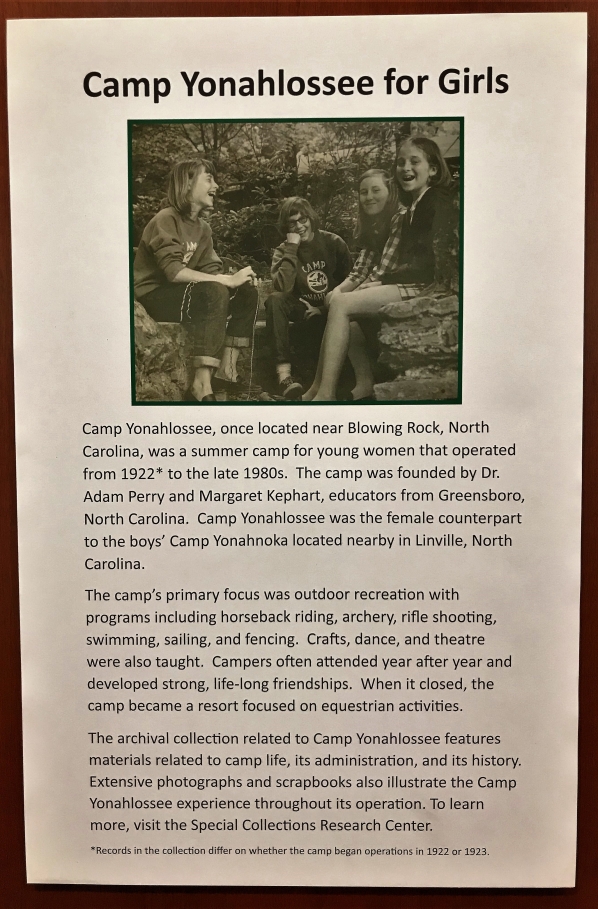