Muncey Vance Gaultney was a fiddler, writer, and all around character from Ashe County, North Carolina. Born into the Healing Springs community in July 1906, Gaultney gravitated toward music at an early age and first learned to fiddle from his grandmother. He patterned his style after local fiddling legend G. B. Grayson and played a number of rarely heard tunes such as "The Walls of Jericho" and "Chicken in the Bread Tray." Alongside his musical abilties, Gaultney worked hauling and selling furniture and shrubbery, but eventually moved in to dealing antiques. An avid reader, he took courses in music and science at Appalachian State and wrote his own songs and poetry. In his later years Gaultney wrote regularly for The Plow [see collection AC.877: The Plow (Periodical) Collection], a magazine dedicated to mountain life in southwest Virginia and western North Carolina. Here are some samples from his column, entitled "Memories of Ashe County":

When I was a young 'un I had to hoe corn, plant beans, mow grass with a scythe, and I would wish for it to rain so I wouldn't have to work. But after I grew up, I found out that work was the thing I needed to know. Pitching horshoes and fooling around with a fiddle or banjo didn't make nothing to last or buy any clothing. Now I am getting along in years, I like to recall this and live a little in the past. [from The Plow, August 19-31, 1977.]

Well, the old sage said, man will grow weaker and wiser. That's true to some extent, but I have to say I haven't gotten any wiser, just weaker...

Today, I would like to talk about Uncle Emmit Long, a former resident of Healing Springs in Ashe County. He was a man of many talents, a shoemaker, hunter and trapper, a good fisherman, and a good clawhammer banjo player. He was also a good neigbor who spent many hours at my old home. He would spend the night and talk about the old days. He told what he called "hant tales." There were some good ones, and when I was young I would be afraid to go to bed after hearing them. He was an interesting talker. He wore a mustache and I never saw him in a dress suit. It was always overalls. His byword was, "By gum."....

The old song of the 1920's comes to mind... "Be kind to a man when he's down"... Sometimes it is difficult to do so, but no matter what type of person he is, God gave him or her His own likeness, so be kind to your neighbor and do good to those who spitefully use you. Bye now, keep plowin', "Gee, Buck, let's go to barn!" 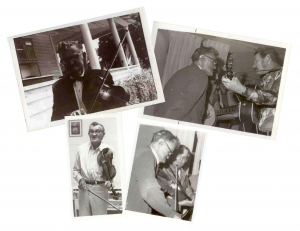 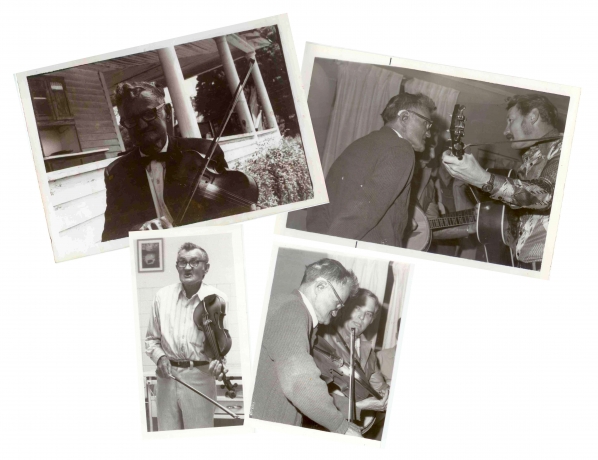