New Scrapbooks Added in the Rare Books and Manuscripts Collections!

This is a scrapbook kept by Maud Williams while attending high school in Kings Mountain, North Carolina, between 1927 and 1931.  It begins with a page of postage stamps, mostly from her friends in North Carolina and a few from Ohio, South Carolina, Georgia, Florida, and Tennessee.  Following this are pages for photographs of her school, classmates, class flower, motto, class colors, autographs, snapshots, and other memories from school.She also included programs, invitations, handwritten entries, and mementos for events such as the Isadroa Duncan Dancers, organ recitals, parties, and plays from the dramatic club.  Maud includes newspaper clippings discussing graduation, classmate accomplishments, and marriages.  Maud attended the North Carolina Women's College after her departure from Kings Mountain.  The final pages are almost exclusively snapshots from a variety of life events ranging from candids with friends to vacations.  From context, it appears she went on to become a teacher. 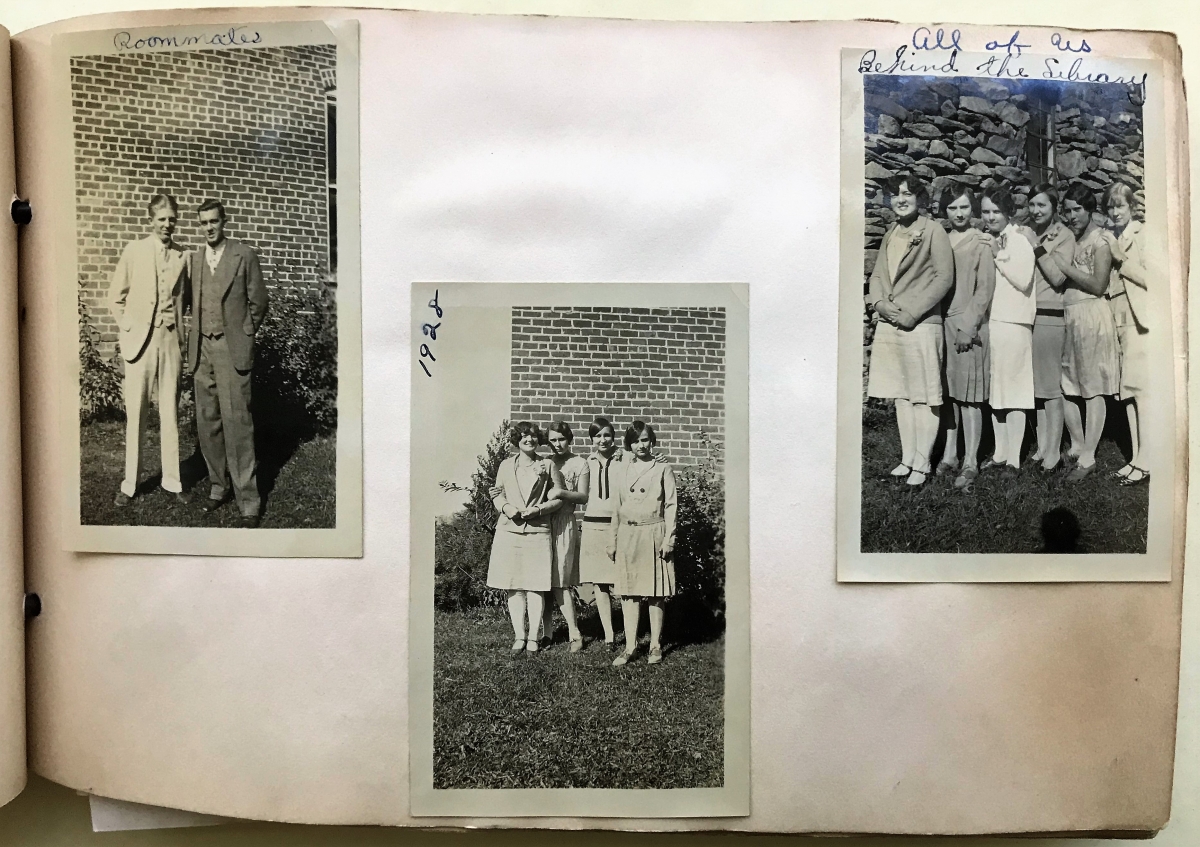 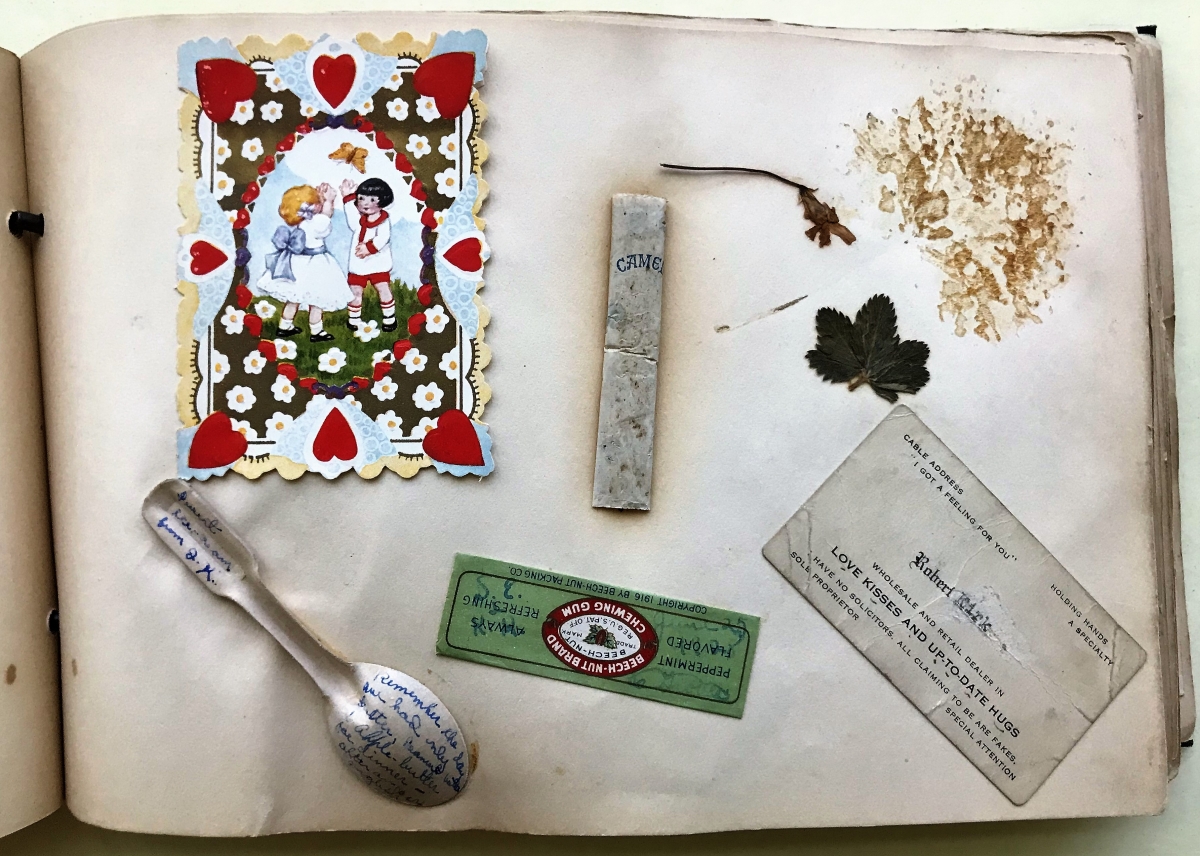 This photograph album contains photographs from a soldier serving with the 11th Marine, 1st Division, "K" Battery in the final months of the Korean War. Approximately 20 of the photographs show the soldier at Camp Lejeune in North Carolina, in California, and with his family. The rest of the photographs depict travel to and from Korea and service in the country. Those photographs include shots of the countryside, ancient statues, various military vehicles, soldiers patrolling with their weapons and in foxholes, views around camp, and candid pictures of soldiers resting, reading, cutting their hair, and playing ping pong. 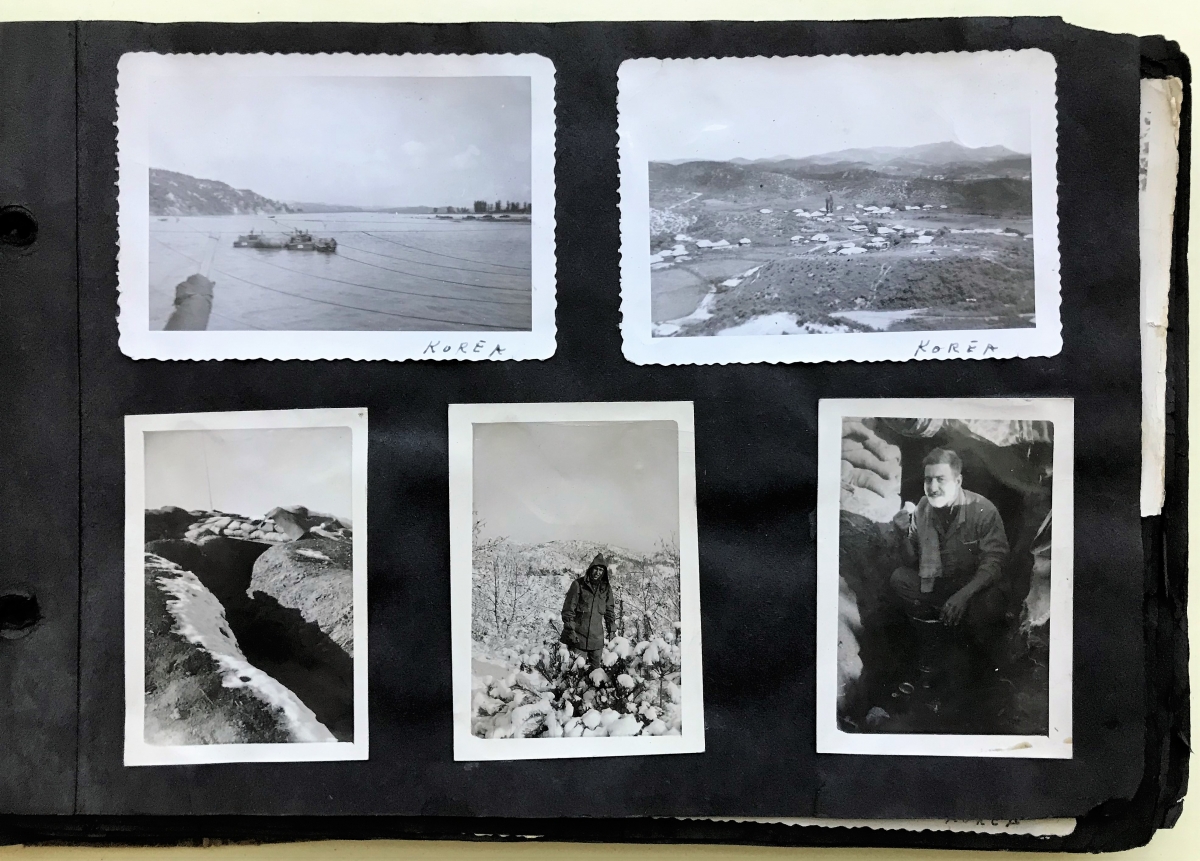 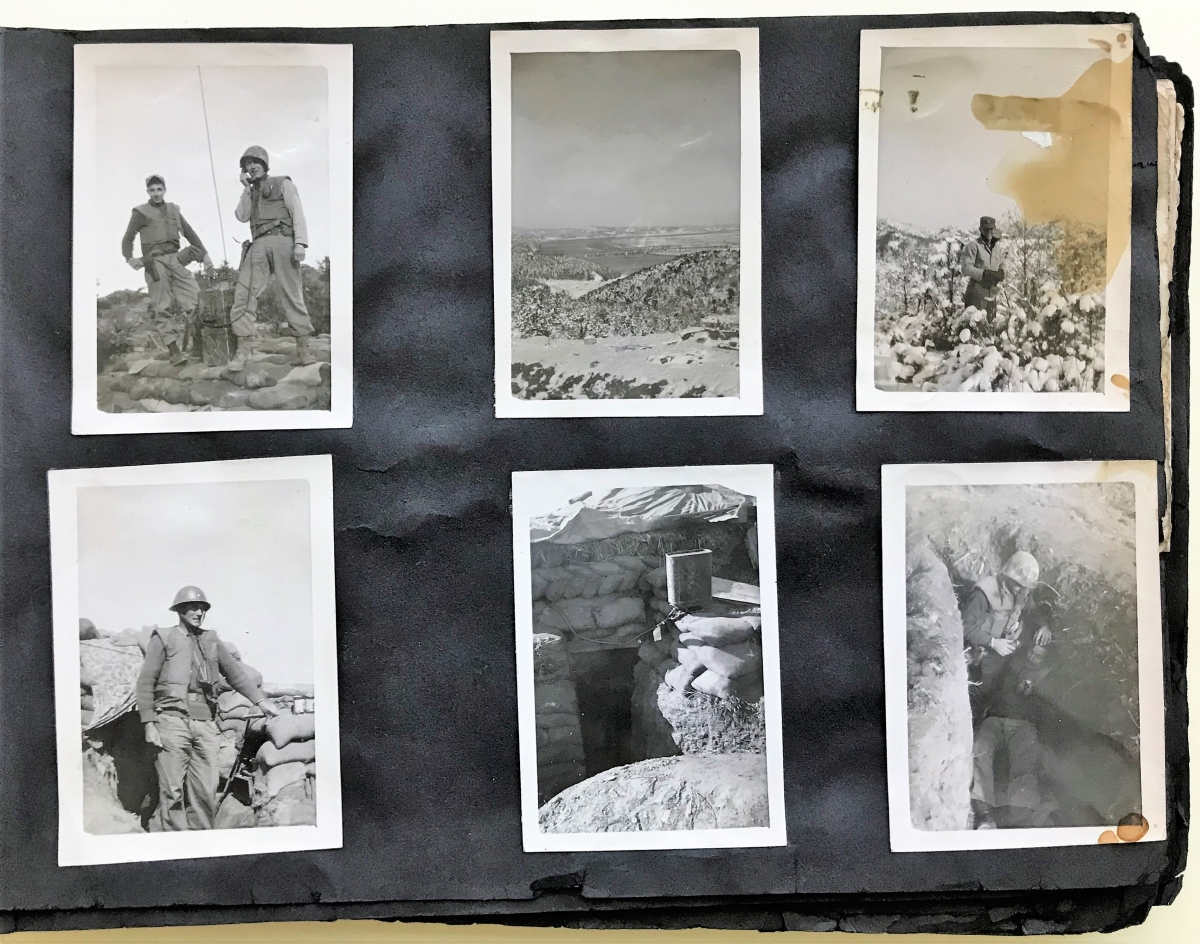 Pages from the Korean War album with photographs of Korea and soldiers at camp in Korea.

This photograph album depicts an African American family from the 1940s to the early 1960s. The album features a couple of men in their military uniforms at Fort Stotsenburg in Angeles City in the Philippines during World War II. There are also family photographs, including shots of children, women, and couples, as well as friends posing outside or next to automobiles. The album also contains photographs from the 1960s of a woman named Cora and her husband, Ben. These later photographs are in color and show Cora and her friends often lounging or standing in front of their homes. 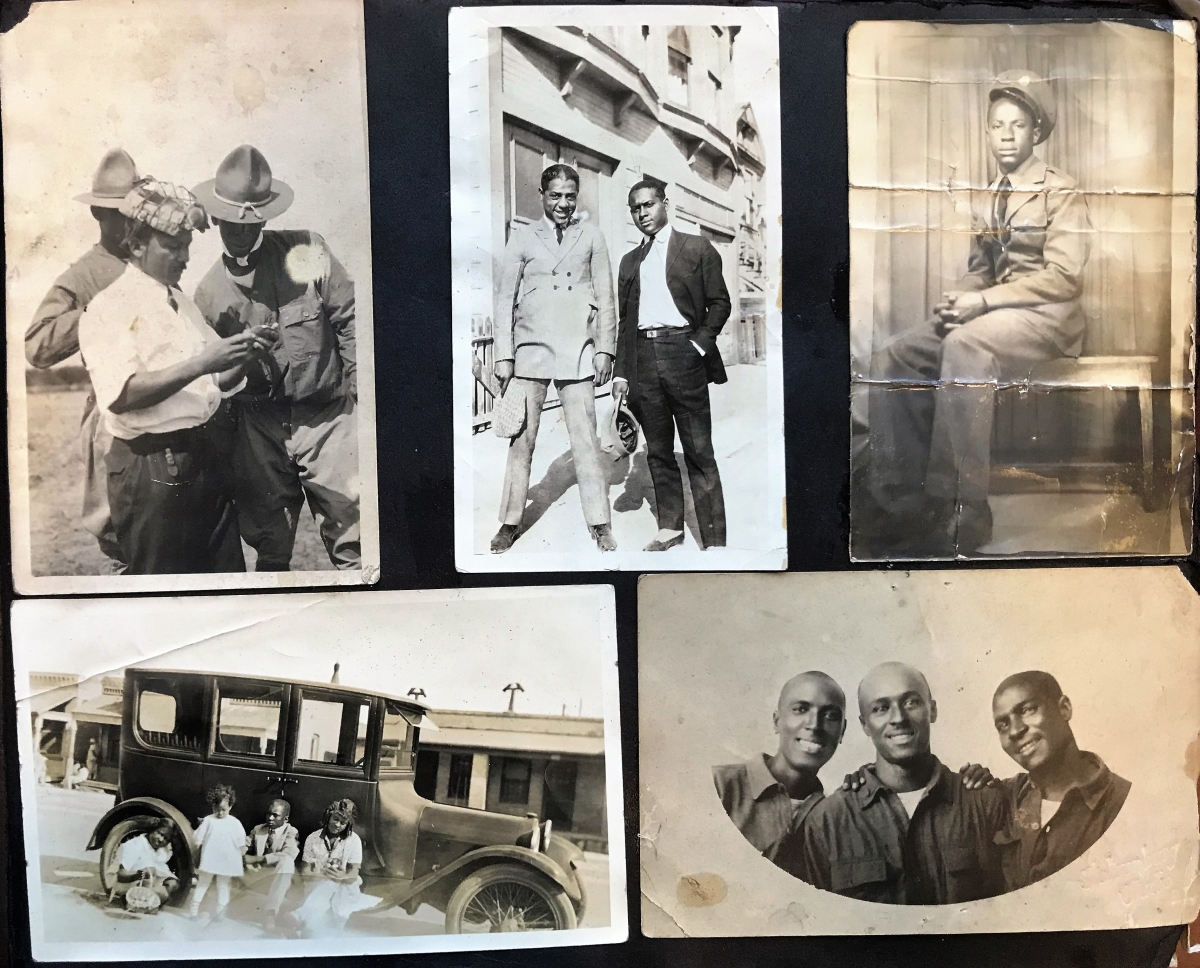 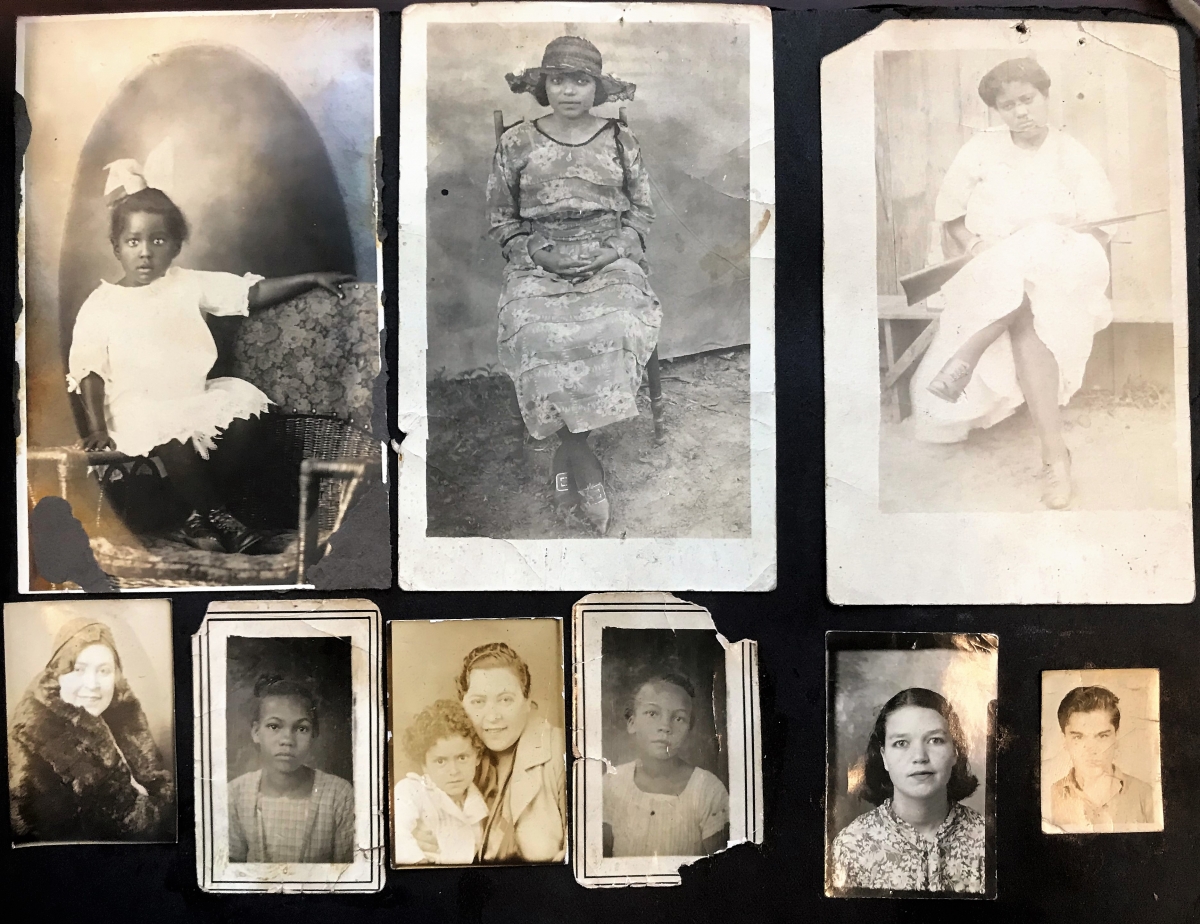 Photographs in the first image show men in their military uniforms and two posed shots.  The second page are various portraits of women and children. 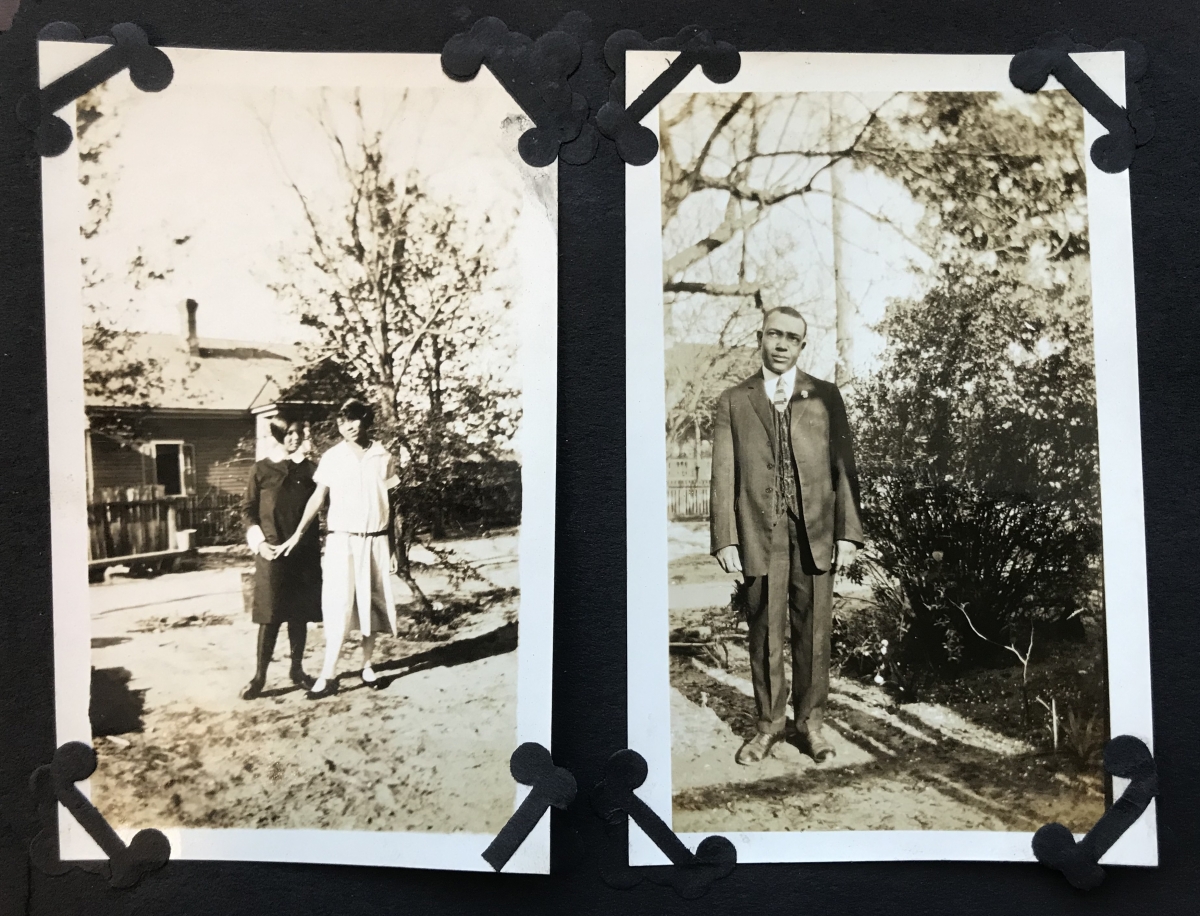 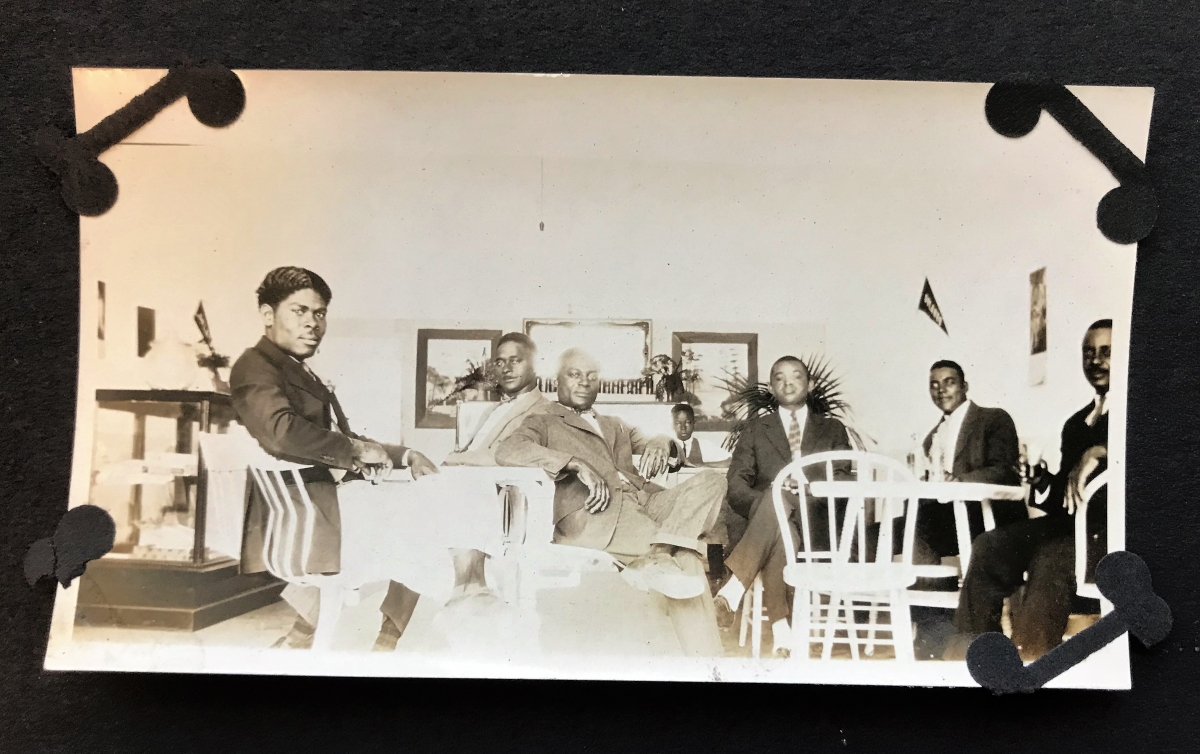 Examples of photographs in the African American family photograph album.  In the first, photographs depict two women posing in front of a house, and a young man posing outdoors in a suit.  The second photographshows a group of men, possibly in a dorm room. RB.8036: Edward Hearne Mexican Expedition scrapbook

This scrapbook was created by Edward W. Hearne, a member of the North Carolina National Guard, in 1916, while he was deployed to Camp Stewart in Texas during the United States' Mexican Expedition against the paramilitary forces of Mexican revolutionary Francisco "Pancho'' Villa.  Hearne gave the scrapbook a handwritten title, "A Kodak Review of the Terrors of Texas, and the Horror of War."  The scrapbook contains 90 sepia-toned or black and white photographs of Camp Stewart in Texas, a sandstorm, and the bodies of Mexicans who were killed during intra-revolutionary skirmishes.  There are also photographs and postcards of operations including the captured 10th Calvary African American troopers, the launch of an observation balloon, a cowboy and Texas Rangers, armed Yaqui Indians, and the first U.S. flag raised in Mexican territory.  Photographs of Hearne's fellow soldiers are also found throughout the scrapbook.  Hearne included photographs of street scenes in El Paso, Ciudad Juárez, and other locations visited during the expedition, as well as executions and a photograph of a procession of Mexican refugees entering the United States.  Towards the end of the album, there are newspaper clippings that were added later that reference Hearne's participation in World War I and his career as a drag queen and in vaudeville shows. 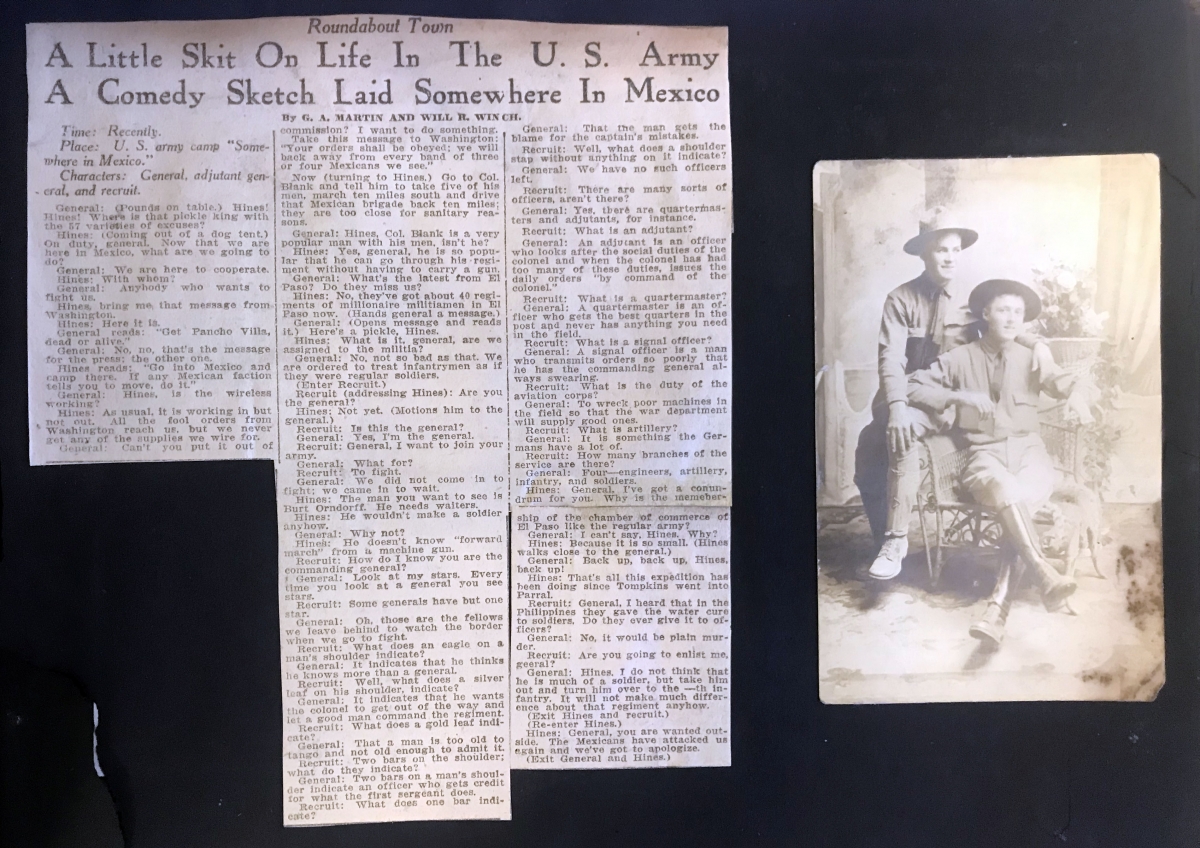 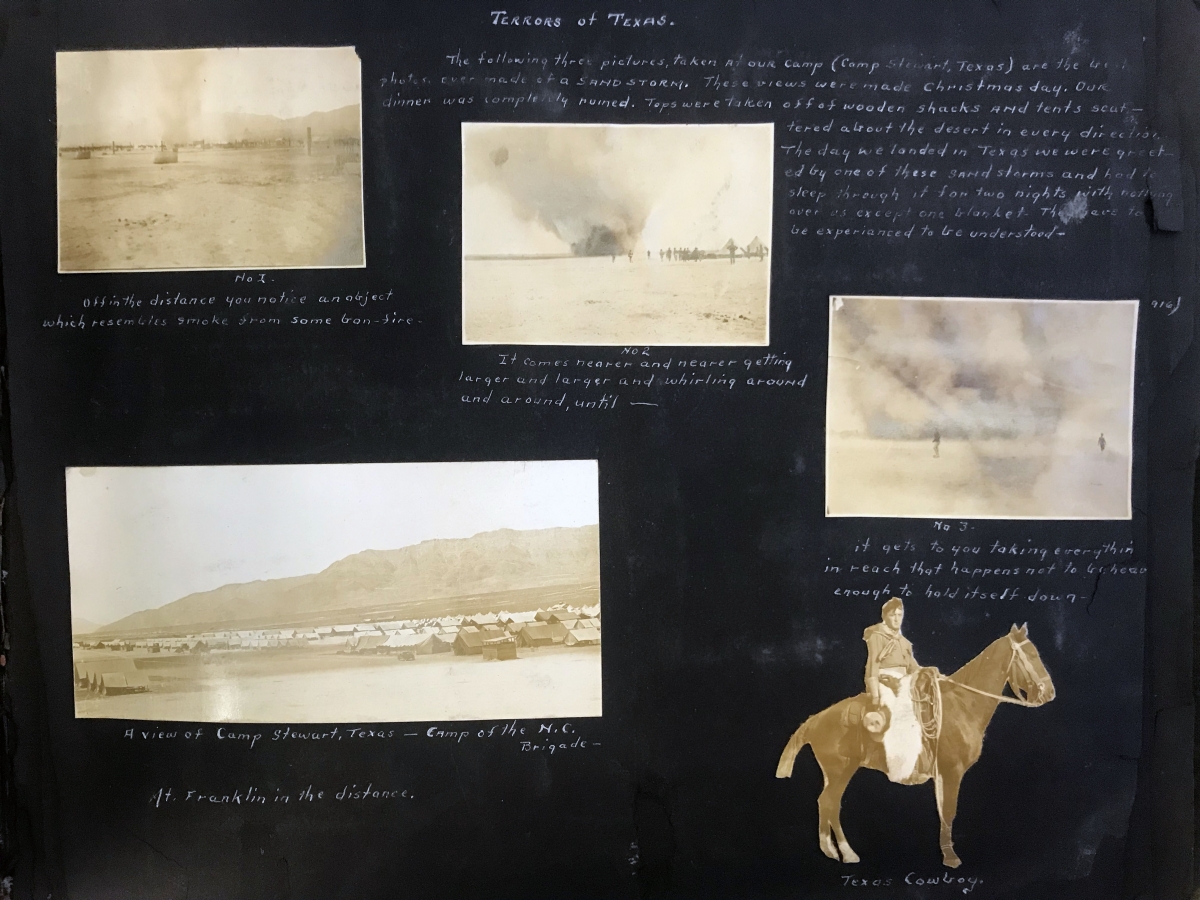 Pages from Edward Hearne’s scrapbook.  The  first displays a newspaper clipping of Hearne’s acting work along with a photograph of him and another man posing.  The second features photographs of Camp Stewart in Texas, along with a handwritten account of a dust storm.

These and other collections are available for viewing in the Special Collections Research Center at Appalachian State University, a part of University Libraries. Please email spcoll@appstate.edu or visit https://collections.library.appstate.edu/visit to learn more. 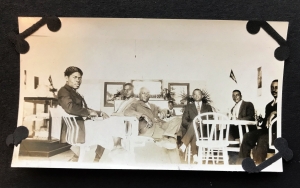 Seven African American young men seated together for a portrait, possibly in a building of a college or university 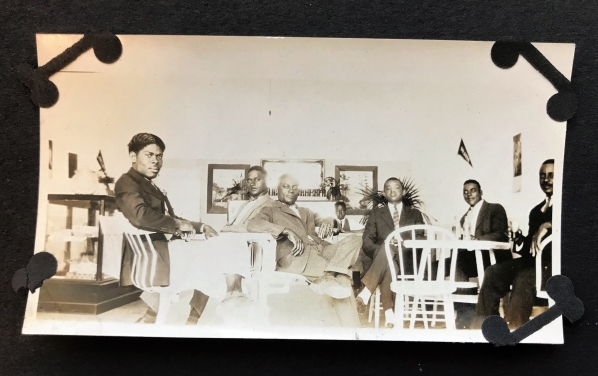