The Bingham Dai Papers and Book Collection reflect the life and work of Dr. Bingham Dai, one of the first native-born Chinese to be trained in the new 20th century theories of psychiatry and psychology.  Highlights of the collection include personal photographs and letters written between Dai and his wife, Vivian, during their years of separation prior to World War II.  Dr. Dai's library contains over 1500 titles and is weighted heavily towards books on psychology, psychiatry, Eastern philosophy and religion (mainly Confucian, Taoist, and Buddhist texts), sociology, and social policy.

In 1935, he returned to China and joined the faculty of the Peking Union Medical College (then Peiping Union Medical College). As a teacher and practitioner of psychotherapy, Dai began to develop his unique theories and procedures for treating patients through what he called self-study. This method combined traditional Confucian and Taoist principles with modern psychological theories, producing a course of treatment that enabled patients to understand themselves and the causes of their illnesses. With this self-knowledge, patients were empowered to find comfort, hope, and health.

Due to the Japanese invasion of China in 1937, Dai was forced to send his wife Vivian, who was pregnant with their first child, back to the United States. With the Japanese advancing on Peking, Dai was forced to leave in 1939. With the help of his American professional colleagues, he secured a teaching position at Duke University, where he continued to develop his theories and methods of psychotherapy, until his retirement in 1969. The Dai family moved to Spruce Pine, NC. He lectured at nearby Appalachian State University and provided clinical training to the staff of several regional mental health centers. He died in 1996 at the age of 97.

Following his death, his daughter Meiling donated his library and papers to Appalachian State University. 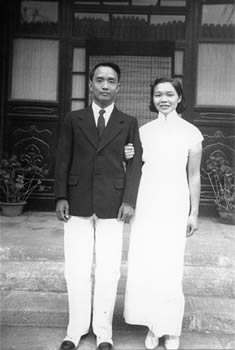